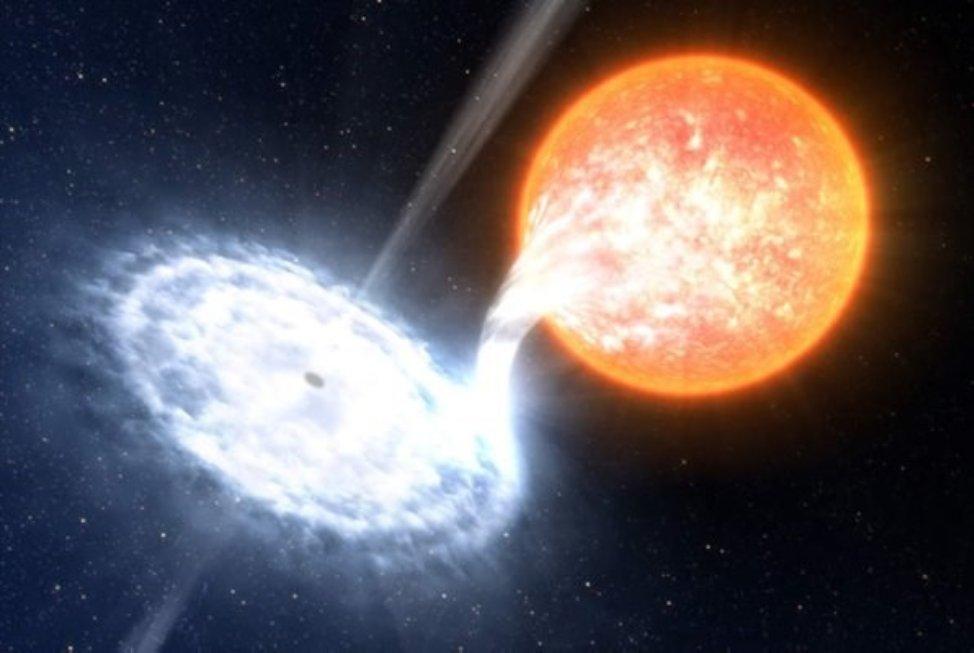 His research has appeared in Nature Physics.

The results that Dr. Fabrika and his colleagues produced can help in making some assumptions about the early growth of quasars – supermassive black holes that came to be in the first 500 million years after the Big Bang. SS 433 is a relatively small copy of young quasars. The quasars themselves cannot be studied directly because of huge amounts of gas and dust produced by their emergence, says Dr. Fabrika.

SS 433 is the first discovered microquasar, a double star system with one star and one black hole in close proximity (in this case about one third of an astronomical unit).

SS 433 is about 10 times heavier than the Sun, and it slowly consumed gas from the surface of its partner star. The star therefore has an accretion disk. The flow from the star to the disk produces huge amounts of potential energy. Therefore SS 433 is about 3 million times brighter that the Sun.

Dr. Fabrika that the importance of these studies is unquestionable. It helps form theories about quasars. They are only to acquire their giant mass – billions of times more than the Sun – through such supercritical accretion disks as we see in SS 433.

The researchers say that their work opens opportunities for studying supercritical accretion disks in different double systems with different speeds of gas consumption by their respective black holes.

They plan to continue their research, in particular with respect to the gas flow to the black hole and the formation of the gas jet.