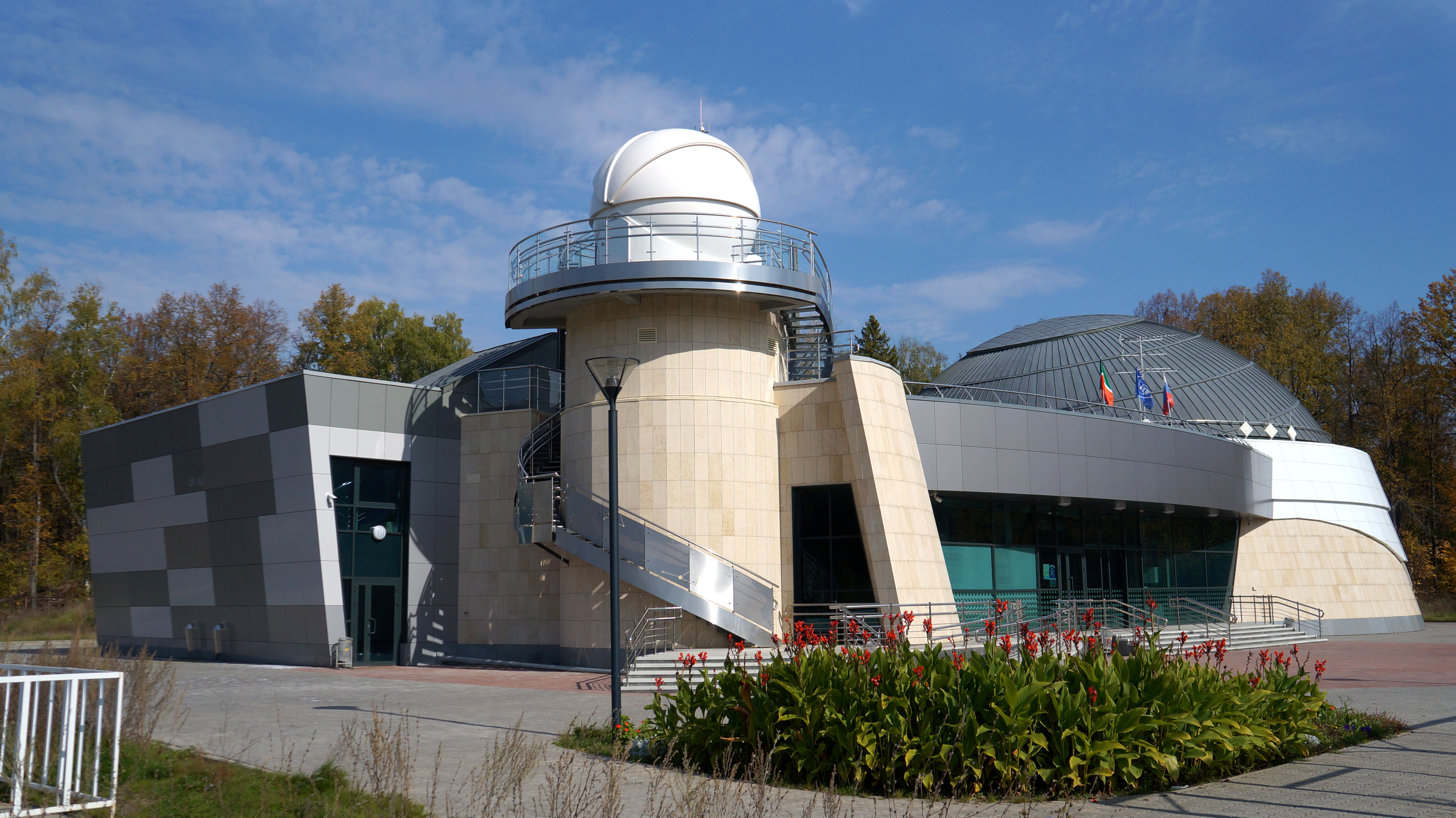 Space is Now Closer Thanks to New Equipment at Kazan University

A new planetarium was opened at Kazan University Observatory on June 23, 2013.

The organizers have visited eight best planetariums of the world to familiarize themselves with up-to-date technology. The whole construction process took only two years.

The visitors can now witness many fascinating things: brief history of our Universe from the Big Bang until today, photos of Earth from space, movement of the Solar system planets, the Milky Way, deep space views, and much more.

The planetarium is connected to the observatories in Zelenchuk, Russia and in Turkey.

Another unique object of interest is Mini-MegaTORTORA, a KFU observation complex. It works at Zelenchuk in Caucasus mountains as well. Grigory Beskin, Head of the Relativist Astrophysics Group at the Zelenchuk Observatory, explains, “TORTORA means Telescopio Ottimizzato per la Ricerca dei Transienti Ottici Rapidi, which also means ‘female pigeon’ in Italian. Lately we tend to use a more convenient abbreviation – MMT, which stands for Multichannel Monitoring Telescope”.

The system is tasked with observing and monitoring events in the optical range, mostly gamma bursts. It is theorized that they emerge during collapses of massive stars. Gamma bursts are sometimes accompanied by bursts in optical range which are quite tricky to observe.

Dr. Beskin continues his explanation, «The bursts must be registered without waiting for data from gamma telescopes in the orbit. Determining their coordinates and transferring information to the Earth takes some time. The burst might be over before optical instruments on the Earth start their work. Therefore constant monitoring is very important. This is what TORTORA specializes, with its 10 frames per second and 900 square degrees capacity.

Our observatory has nine lenses managed by one system. As soon as one of them registers some relevant activity, all nine orientte themselves towards that event and start shooting through all channels with different color filters.

The nine lenses were made by Parallax LLC with participation by Zelenchuk Observatory experts. Unfortunately, we haven’t had any gamma bursts yet. However, we can also observe asteroids, meteoroids, planets and satellites».

These are not exactly the works Mini-MegaTORTORA can fulfill itself it, but at least they could showcase the system’s ability of observing events in three spectral bands.

Meanwhile researchers work on another six-channel system with the same characteristics. That will make our researchers the owners of two unique systems at once – something that will definitely bring amazing results in the future.