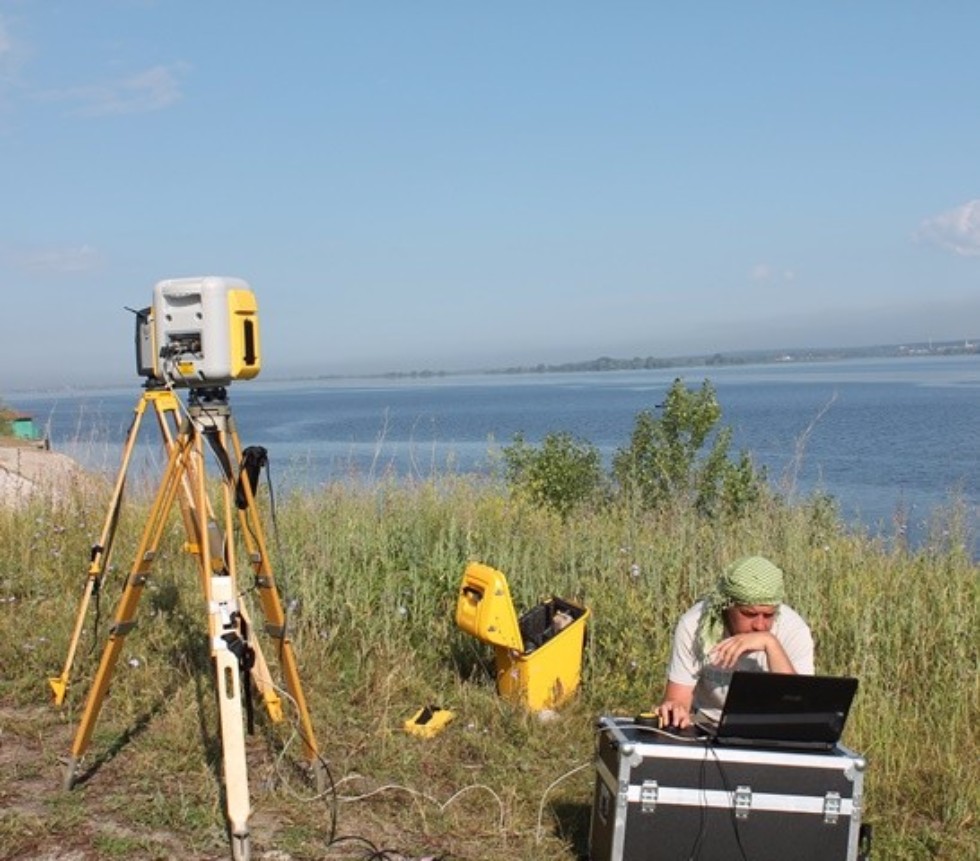 Soil Erosion in European Russia Studied in a Grant-Funded Project

The financial support is provided by Russian Science Foundation and Russian Foundation for Basic Research.

The team comprises employees of the Institute of Environmental Sciences and the Space Ecology Lab (Institute of Physics).

The method is based on ground laser scanning and remote sensing of Earth.

Head of the Space Ecology Lab, Professor Oleg Yermolaev talks about the basic idea of the project, “We have tasked ourselves with finding out how intensive the erosion processes are in agricultural soils of European Russia, the total size of which is about 2.5 million square kilometers. As key territories for inspection we chose plots in Tatarstan, Udmurt Republic, Chuvash Republic, and Saratov, Kursk, Voronezh, and Stavropol oblasts. These are the regions of intensive land use which have been long utilized for crops of major agricultural plants, so it’s important to know the condition of lands there. Since the collapse of the USSR erosion monitoring has been very unsystematic, so there is no data about general soil quality of agricultural land. A general scheme of counter-erosion measures with soil condition data was created for the whole Soviet Union in the 1970s”.

In the last few years the KFU team has managed to cover Republic of Tatarstan and one third of Orenburg Oblast. Special attention has been paid to the growth of ravines because they can turn agricultural lands unusable. This is what Professor Yermolaev had to say about ravines, “When melted or rain water concentrates, it forms streams and then ravines; washed away soil flows to rivers and silts them up. A method constructed by our group allows us to determine the contemporary ravine distribution across territories and to find out whether ravines are actually growing. We have recently obtained first promising data that ravine erosion is actually receding in European Russia. Firstly, it is caused by a growing volume of abandoned lands in the post-Soviet period – 7.5 million hectares. There is especially much in Central Black Earth Region and Udmurtia. Abandoned lands get covered by undergrowth which prevents the gully erosion of soil, so ravines eventually stabilize and turn into draws. The second reason is climate. Thawed flow has significantly reduced in the last 25-30 years. We have sifted through meteorological data for the last 30 years and found out that precipitation in winter has not decreased, but winters in European Russia have become milder, so soil freezes less. That’s why thawed flow has reduced as well. The larger part of water is now absorbed by soil and doesn’t flow into ravines”.

So how much soil is actually lost after heavy rains or spring floods? Kazanites have created a technology that allows us to determine that as well – through laser scanning of soil; the patent for this method is pending. Data obtained from scanning together with precipitation measurements and slope inclination measurements are entered into a mathematical model. A 3D image of an object, such as agricultural field, ravine, or slope, can then be created.

Dr. Yermolaev elaborates on the importance of this research, “Thousands of years are needed to form a productive layer of soil, the so-called humus horizon, which in our case is about 25-30 centimeters; and only 50 years are needed to wash away this layer at current erosion speeds. If an agricultural plot starts losing more than 5 tons of soil per hectare a year, then counter-erosion steps are in order. Different measures can be taken, and they are not always expensive. For example, you can sow another culture, such as grass instead of potato or beet – this can protect the soil wonderfully and give food to cattle. If erosion is severe, and ravines are formed, then it’s better to create wood belts, counter-erosion dams, and undertake other measures. Our task is to find out which soils of European Russia are fine and which need immediate preventive action”.