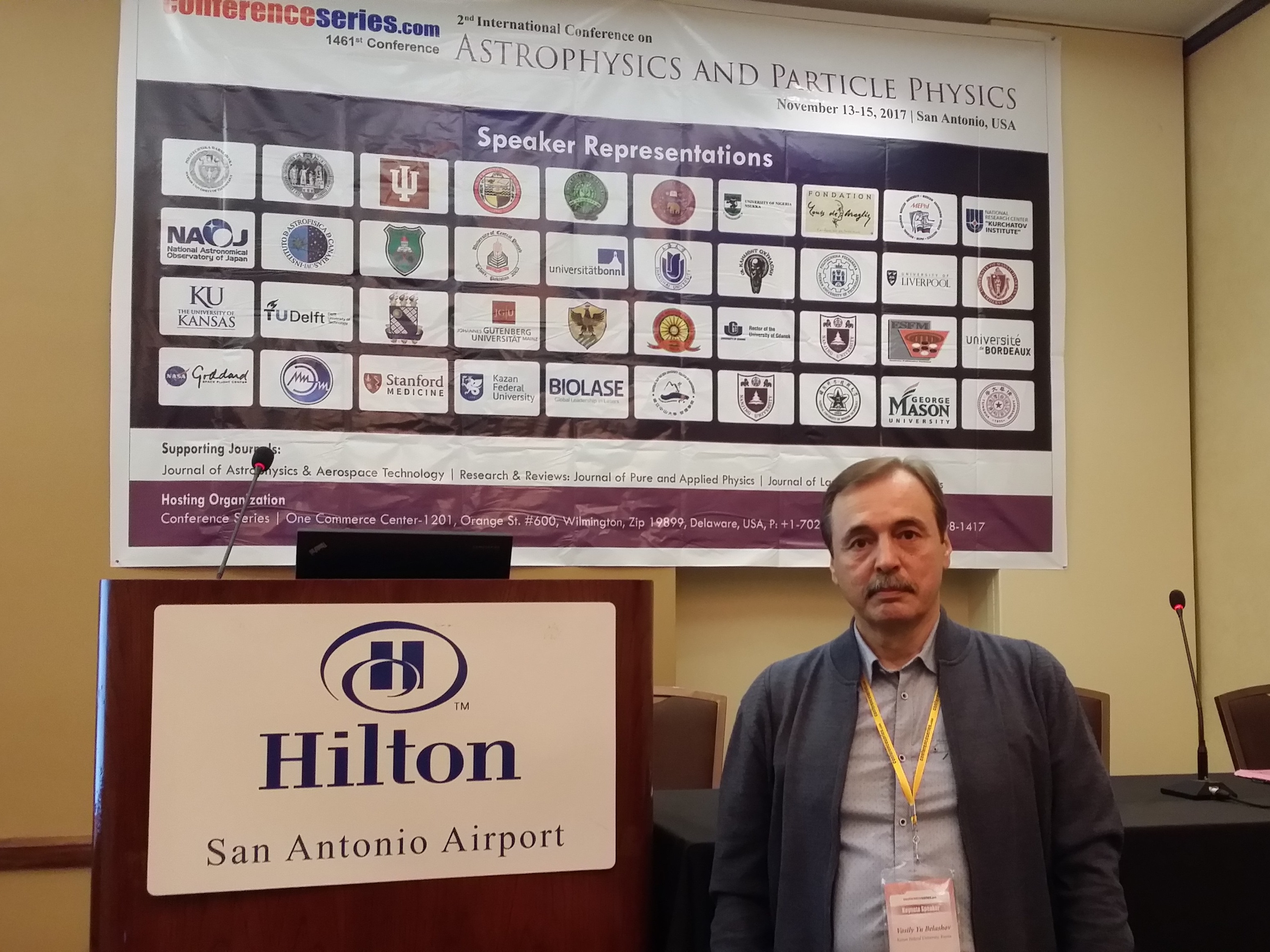 He was a member of the organizing committee along with distinguished physicists from the USA, Japan, the UK, China, and Mexico.

“The conference tackled a wide range of very pertinent questions of contemporary astrophysics and particle physics”, said Dr. Belashov. “Invited speakers reported at the Keynote Forum, and plenary and panel sessions took place after that. They were dedicated to black holes, dark matter, dark energy, relativity theory, quantum physics, physics of space plasma, nuclear physics, and particle physics. This list alone speaks to the very packed schedule and creative atmosphere of the conference.”

The Kazanite’s plenary report was dedicated to the dynamics of multidimensional solitons in regions with sharp gradients of basic parameters of propagation medium. His other two contributions at the conference were in nonlinear wave theory and physics of space plasma.

Dr. Belashov added, “I was also able to give a short review of the works of the Pre-Conference workshop “Nonlinear wave structures in complex continuous media including atmosphere, hydrosphere and space plasma” which was held by KFU on April 14th – 15th. All the papers of the symposium were later published in Journal of Astrophysics and Aerospace Technology.”

Regarding his role as the head of the joint session on Astrophysics and Space Science, Particle Physics, Dark Matter and Dark Energy, he concluded, “A number of reports contained new ideas, as the scientists presented their views on black holes, strong magnetic fields in galactic centers, strong interaction, neutrino physics, quantum gravitation, dark matter and dark energy. An important place was taken by the general nonlinear wave theory and questions of the stability of wave structures in space plasma.”

“The conference in San Antonio shaped up to be an excellent platform for discussions of new results and hypotheses. In particular, applied significance of fundamental research was spoken about.”

The next conference will take place in Chicago, Illinois, USA, in December 2018.