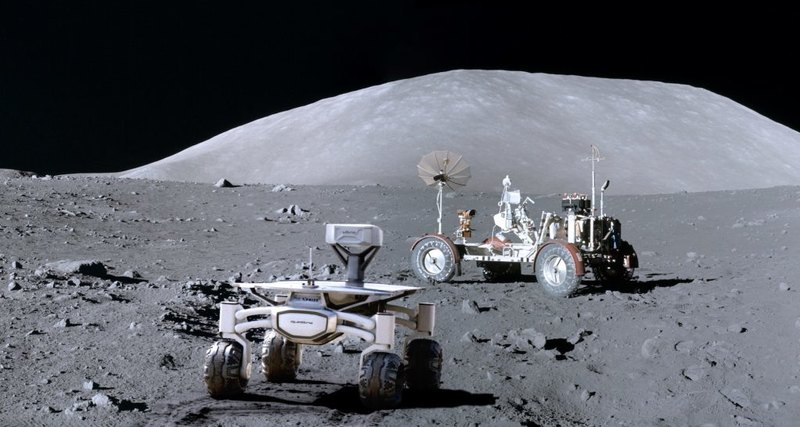 Director of the KFU Engelhardt Observatory Yury Nefedyev comments, “According to a Goldman Sachs forecast, there were to be 20 years’ worth of reserves of gold, zinc, and diamonds, and 40 years’ worth of reserves of platinum, copper, and nickel in 2015. All these elements are undisputedly important for technological development. That’s why there is the need for alternative sources.”

“Craters on the Moon have appeared because of bombardment by minor celestial bodies of the Solar System, mostly asteroids. Recent research has shown that craters may contain both the crater’s compounds and those of the body which formed it. According to Dr. Shevchenko’s results, if a 500-meter crater was created by a metallic asteroid and still contains 20% of the asteroid matter, those remains may contain 20 tons of pure iron, 3.6 tons of nickel, 180 kilograms of cobalt, and 1 kilogram of platinum,” says Andreev.

However, there is no direct correlation because you have to also take account of the angle and the speed of a particular body’s collision with the Moon. 25% of all such bodies are slow, i. e. their collision speed was less than 12 kilometers per second. Under those conditions, the Moon’s surface may preserve up to 50% of asteroid matter.

Interestingly, asteroids are also to become ground for prospecting. “In 1994, an asteroid called 1986 DA, 2 kilometers in diameter, was surveyed. Spectral observations showed that the body contains sizable reserves of iron, nickel, cobalt, and platinum, collectively amounting to about 30 billion tons. In 2012, that was equal to 87 trillion US dollars,” informed Mr. Andreev.

In 2020s, NASA plans to capture and redirect a small asteroid to the lunar orbit, where it can then be recycled into mineral resources to be used on the Earth or on the Moon to build spacecraft components.