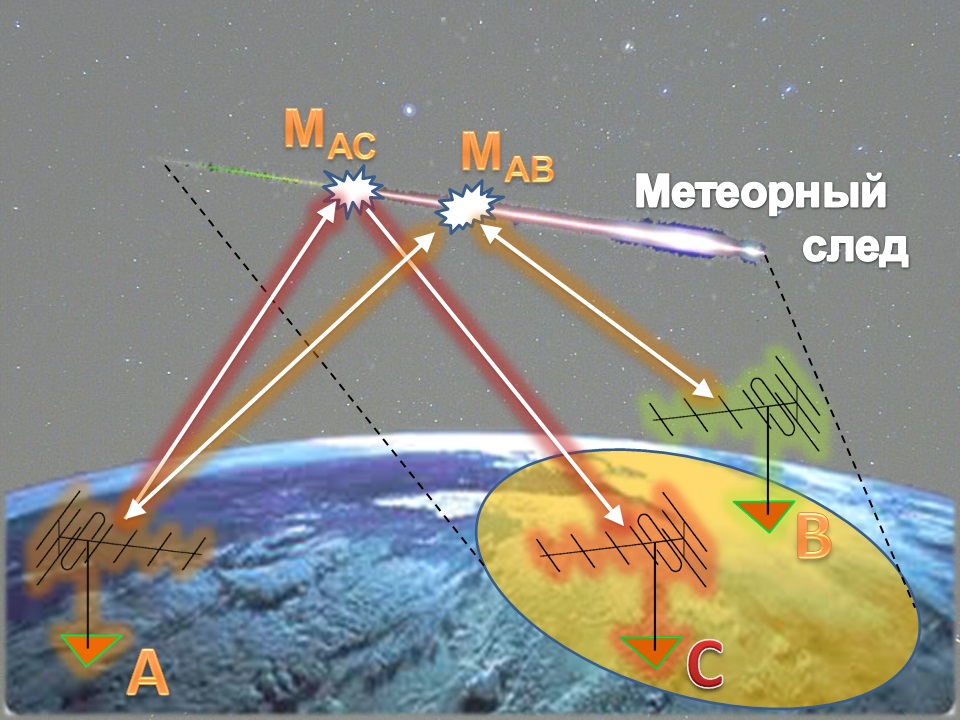 Communication interception can be traced through meteor trails

The paper appeared in IEEE Transactions on Antennas and Propagation.

Meteor burst communication is based on using meteors as cryptography assistants. Meteor trails reflect radio waves, which makes them suitable for radio transmissions at distances of up to 2,000 kilometers. Unpredictable nature of meteors makes pose a significant hindrance for signal interception.

Associate Professor Amir Sulimov explains, “Each meteor trail forms a kind of a shadow resembling an ellipse on the Earth’s surface. All communication stations within that area can tune in on the channel. Meteor trails help determine a specific area where potential malefactors can try to intercept the signal.”

Traditionally, it was theorized that the longest radius of interception lies along the radio line between legal points A and D, while the shortest radius, conversely, is perpendicular to that axis.

“In our research, we are the first to show that this trend may not be persistent in meteor systems, especially on short lines of less than 500 km. Because of the random nature of meteor arrivals, orientations of the large and small radiuses can differ significantly. And the degree of that difference is also variating, depending on seasonal and daily meteor cycles. Such regularities make meteor communication interception quite difficult.

“Experiments and models showed that the practical possibility of intercepting a meteor channel disappears at 30 kilometer distances, but theoretical chances persist at distances of up 300 km along small radiuses and 850 kilometers along large radiuses,” concludes Sulimov.

The obtained data may be used for meteor cryptography. Further research should show the distances at which partial interception of cryptographic keys is feasible.