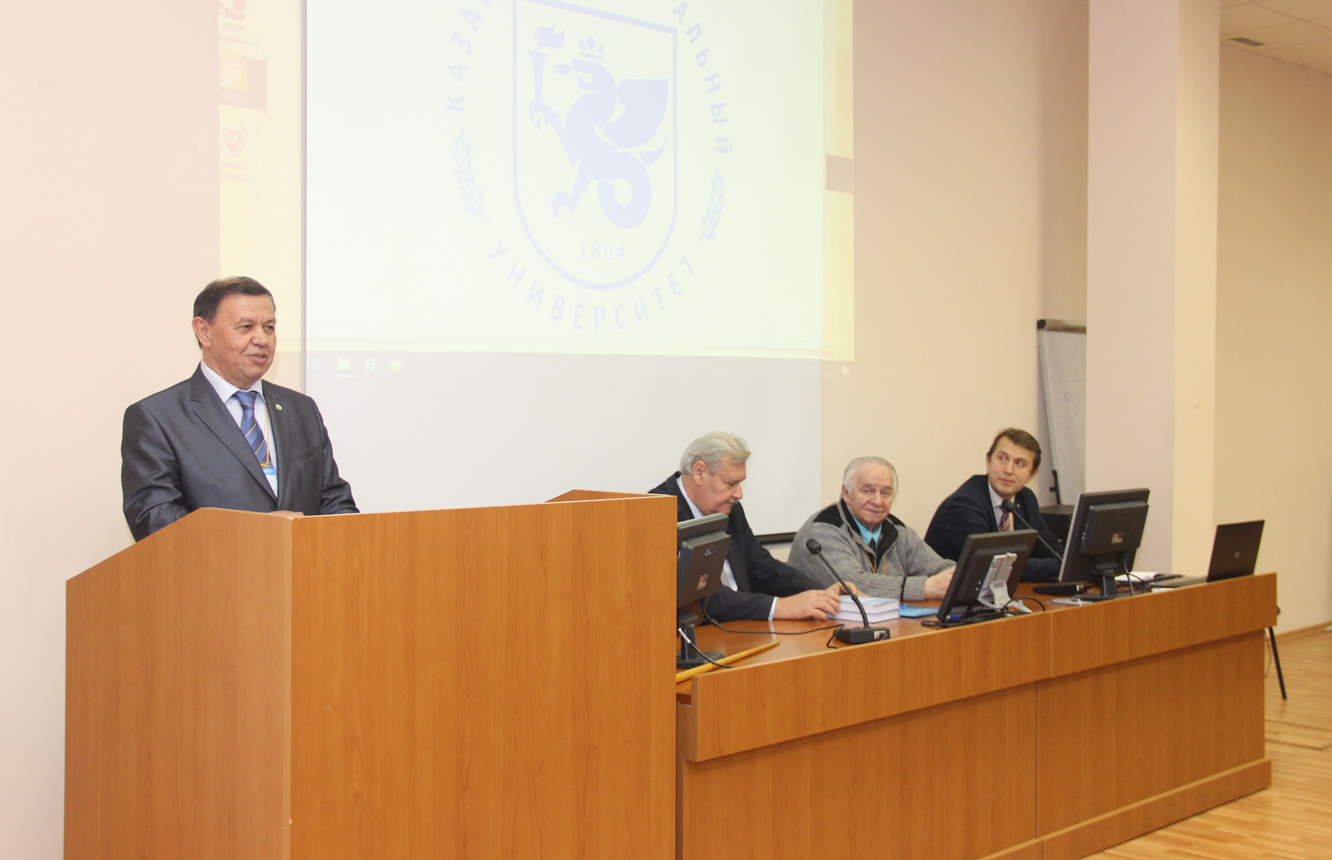 The opening meeting took place at the Lobachevsky Library. The participants were welcomed by the School founder, former Rector of KFU Myakzyum Salakhov and vice-chairman of the School Vitaly Samartsev.

Director of the Institute of Physics Sergey Nikitin greeted the audience, “Optics is a rapidly developing area today. This development poses new objectives for our School. Of course, the range of questions doesn’t only stop at coherent optics and optical spectroscopy. However, we have decided to retain the original name.”

Four panels are working at the School – nano optics, optical spectroscopy, quantum optics, and board presentation panel. Researchers from several leading Russian institutions are giving lectures to students and postgraduates. Best presentations and reports will be published in Uchenye Zapiski Kazanskogo Universiteta (Proceedings of Kazan University).

Andrei Naumov, Deputy Director of the RAS Institute of Spectroscopy, reminisced, “I first arrived to participate in the School when I was a PhD candidate, and then I started reading lectures here. This time I brought some students with me.” Professor Naumov is a co-chairman of the School program committee with Ildar Gabitov (University of Arizona).

Dr. Naumov commented on the pertinent issues of current research, “Nano-optoelectronics is developing rapidly nowadays. We are facing situation where devices use photons instead of electrons in their element base. We also hear quite often about prospects of quantum optical computer. Here, in Kazan, quantum informatics and optical cryptography are very well-developed. Photon-coded messages cannot be deciphered without the sender discovering the fact. Such is the physics of this phenomenon.”

He added that global positioning would also be impossible without laser spectroscopy, as well as displays, fingerprint scanners and lots of other wonders of modern technology.