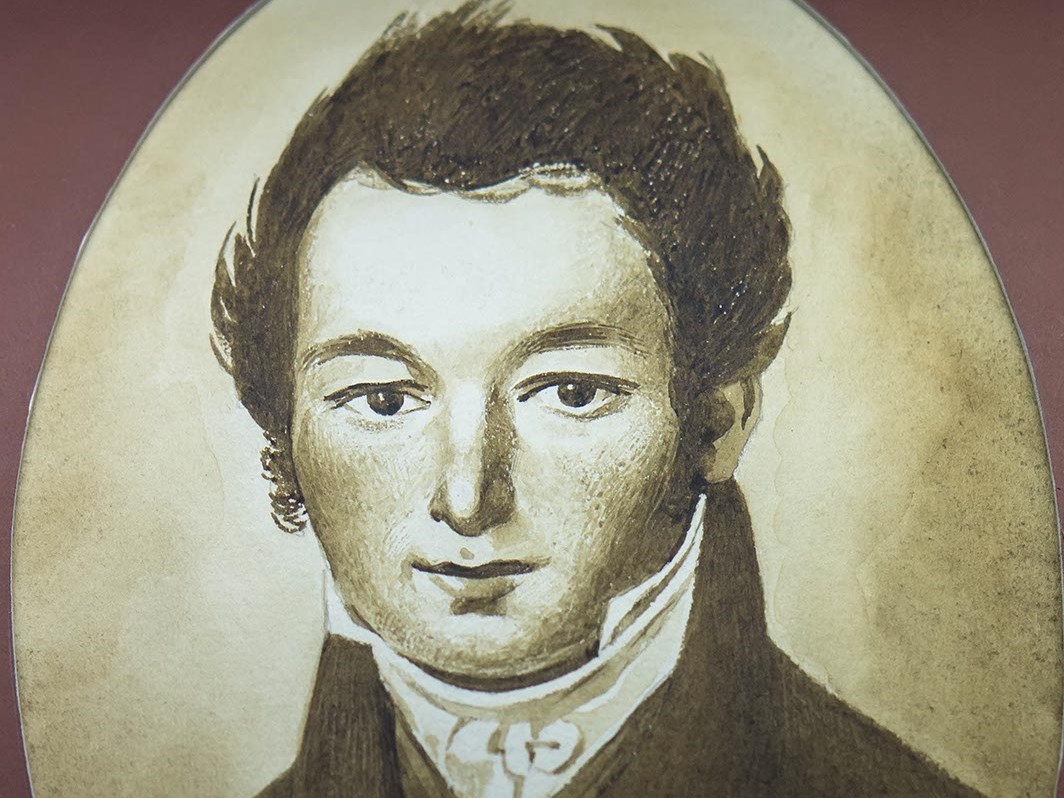 Ivan Simonov (1794 – 1855), Extraordinary Professor of Kazan University, joined the first Russian Antarctic expedition (1819 – 1821) under the helm of Fabian von Bellingshausen and Mikhail Lazarev. The expedition approached the continent on 28th January 1820, the date now considered to be the official day of the discovery. Ivan Simonov, the only scientist in the expedition, made astronomical, geographical, ethnographical, biological and magnetic observations.

Over 180 items from Simonov’s explorations ended up in Kazan University museums (in particular, the Ethnographical Museum initially comprised only his collection). The manus­cript of his driving log is stored in the Lobachevsky Library. His observations of the Antarctic expedition were published by Kazan University in 1990.

Simonov enrolled in Kazan University when he was only 15 years old and received a master degree at 18. He was one of the first professional astronomers in Russia. In 1814, Simonov was appointed adjunct professor and then extraordinary professor. He also served as the Dean of the Department of Physics and Mathematics, Director of Astronomical Observatory and Magnetic Observatory, and Rector of Kazan University (1846 – 1855). Simonov was elected Corresponding Member of the Petersburg Academy of Sciences and a member of a number of foreign academies and societies. His name was given to a glacier on Peter I Island and an uninhabited island in the South Pacific.

Ivan Simonov Year will be marked by a number of events in the many disciplines he showed interest in. July-September 2019 will see a special exhibition in the Lobachevsky Museum. Simonov’s personal belongings, devices, and documents will be presented. KFU Museum Complex Director Svetlana Frolova said that there are plans to publish the researcher’s written works in two volumes and issue a postage stamp. A monument may be installed near the University Observatory in the main courtyard.

The Institute of Physics plans to host a near Earth astronomy conference dedicated to Simonov in autumn 2019. There will also be a Simonov panel on geodesy at a traditional annual petroleum science forum. Finally, a panel on astrophysics dedicated to him will be organized during the International Symposium of BRICS Countries on Gravity, Astrophysics and Cosmology.

Naturally, lectures and events for visitors of all ages will also be held throughout the year.

2017 was Lobachevsky Year at Kazan University, and 2018 was dedicated to Leo Tolstoy.